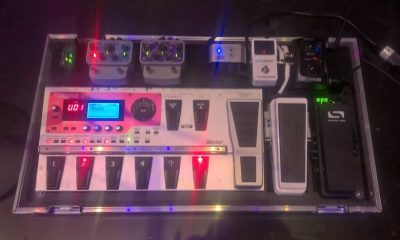 Jason Underwood, the bassist and founding member from Purple Reign, the world’s number one Prince tribute band, needed a solution and needed it quick. Weight was a big issue as he wanted his full rig under 50 lbs so he could avoid overage charges during his frequent fly dates. Time was critical as well so we decided this would be a joint effort between us and him. He’s pretty handy with tools so he opted to do the finishing touches in mounting the riser to save time. He wanted a “live-in” or “stay-in-the-tray” type of pedalboard that was physically mounted to the base of the case with a hard top that’s not covered in Velcro loop. 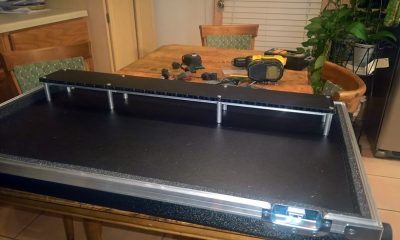 We used our Dura-Light type of case construction to keep the weight down. We added the main pedalboard panel made of a semi hollow composite material that is rigid yet very light compared to plywood. We supplied rubber motor mounts for him to attach the pedal board to the case while giving it isolated shock resistance for protection. We also supplied the riser panel of the same material and he added the aluminum hardware to mount it to the pedal board surface. 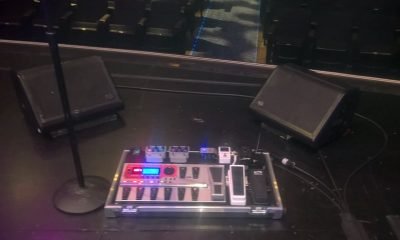 In the end, Jason got his entire rig set up with great protection in it’s case plus our tilt wheel system to make it easy to roll around all at just under 50 lbs. Setting up is quick, easy and consistent show after show. Here’s a little more about Purple Reign and on Facebook, the news and on YouTube when Purple Reign was on the David Letterman Show.